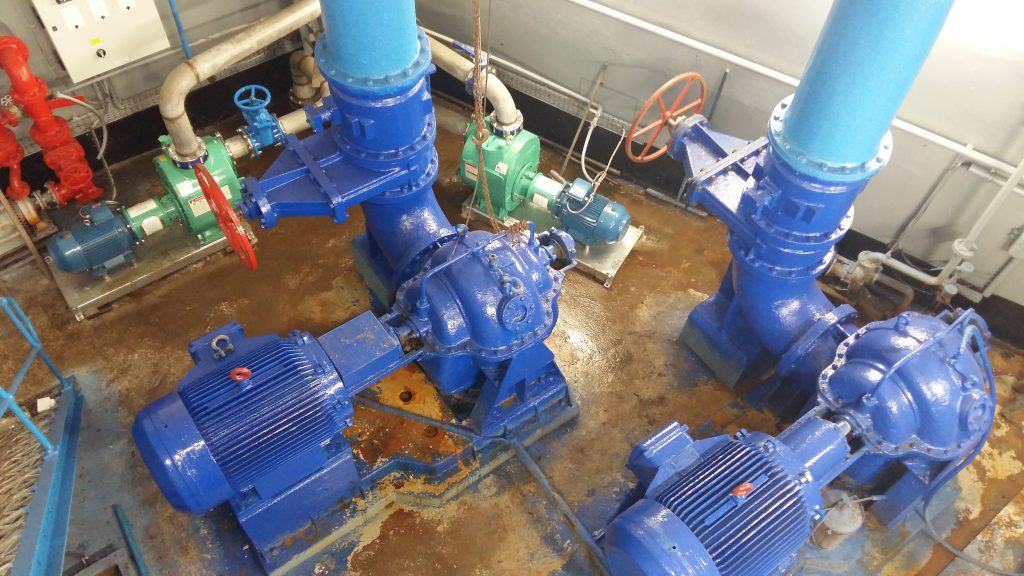 During 25 years of providing solids pumping and mixing solutions to numerous sites in the UK and Ireland, P&M PUMPS has met the demands of some of the most varied, large scale and interesting applications. A good example of this is the recent supply of 2 self-priming Vaughan Chopper pumps to replace 2 dry-dock sump scavenge pumps in Aberdeen Harbour.

First established in 1136, Aberdeen Harbour is, according to the Guinness Book of Records, the oldest existing business in the UK with a history that has spanned almost 900 years. Today, the harbour is regarded as Europe’s premier marine support centre for the oil and gas industry and the main commercial port serving North East Scotland. The harbour has seen continued development including the construction of a new south harbour in 2017 a key part of a £350m project to accommodate the larger vessels more commonplace on sea routes around the world today.

P&M Pumps, in conjunction with Ritchie Mackenzie their Scottish distributor for over 20 years, who specialise in pumping and control engineering, provided their extensive experience in helping to solve the pumping problems occurring in the dry dock at Aberdeen harbour. The existing scavenge pumps, originally installed to provide a duty of 600gpm at 35ft head, including a 7” suction lift, were failing due to problems of blockages. This was due to the variety of debris entering the sump and even when running successfully, they were struggling to keep up with constant inflow of sea water flowing into the dry dock via the sea gates.

The solution was to replace the existing dual macerator and sump scavenge pumps with progressing cavity pumps, specifically Vaughan Chopper Pumps with motors rated at 18.5kW at 1470 rpm, 415V/3ph/50Hz. The new pumps would be self-priming and mounted complete with the motors, including variable speed drive and capable of exceeding the original duty conditions.

Ritchie Mackenzie was responsible for all the modifications required to fit the new pumps including a new control panel enabling control of the variable speed drive. This would include the ability to alter the frequency of the pump motor which would help to optimise efficiency in meeting the duty point and subsequently reduce running costs.

The control panel also includes an ultrasonic level controller which monitors the level of water in the dry dock sump. The controller indicates the liquid level on an LCD screen on the panel facia after receiving a level signal from the ultrasonic head positioned in the dry dock and which is set to cut the pump off at low level to prevent dry-running. In addition, the pump motors have heaters installed to protect the electrical windings against moisture ingress along with a temperature sensor / fault indicator, which will trigger a warning in the event of over-heating.

Through their experiences at Aberdeen Harbour and numerous other sites across the UK, P&M Pumps continue to demonstrate that Vaughan Chopper Pumps are an effective solution to the most challenging ‘solids pumping’ situations. In most cases, retrofitting a Vaughan Chopper Pump into a problematic area will be self-financing, with unrivalled payback periods in some cases being a matter of months, thereafter minimising the effect to the budget holders. ENDS.