STIRRED not SHAKEN – TURNED not FOLDED – BLENDED not BLOWN

systems are acknowledged as the most cost-effective methods of pumped mixing available today.

Take a look at the key benefits:

One pump, One Motor, Two valves and a bit of pipe work negates expensive and time-consuming installation and running costs.

Take a closer look at the STM technology.

Click here to view our video on the STM Mixing System 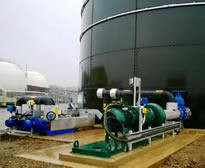 THE VAUGHAN PUMP
The Vaughan ‘Chopper’ pump at the heart of every mixing system. 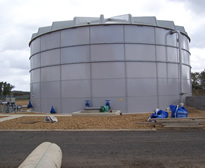 The 20m diameter liquor tank is roofed as they are able to harvest/recover gas from each covered tank due to our mixing systems.

Rotamix system incorporates several basic principles of physics and hydraulics, including uniform field of flow, vortical field of flow and surface contact. This combination of this unique mixing system optimises solids contact due to the homogeneous state.

The dual-zone mixing pattern is a combination of both uniform and vortical fields of flow. In a uniform field of flow, the entire contents rotates as a solid unit with the highest velocity at the outside. In a vortical field of flow, fluid velocities are the greatest at the centre, which creates a vertical-axis vortex. The Rotamix system combines both uniform rotation and a vertical vortex, creating unique dual-rotational zones. With dual-zone mixing, average velocities are higher and more steady, so solids are prevented from settling in the centre. 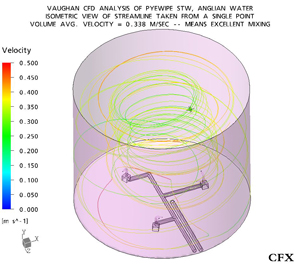 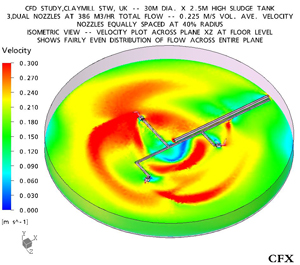